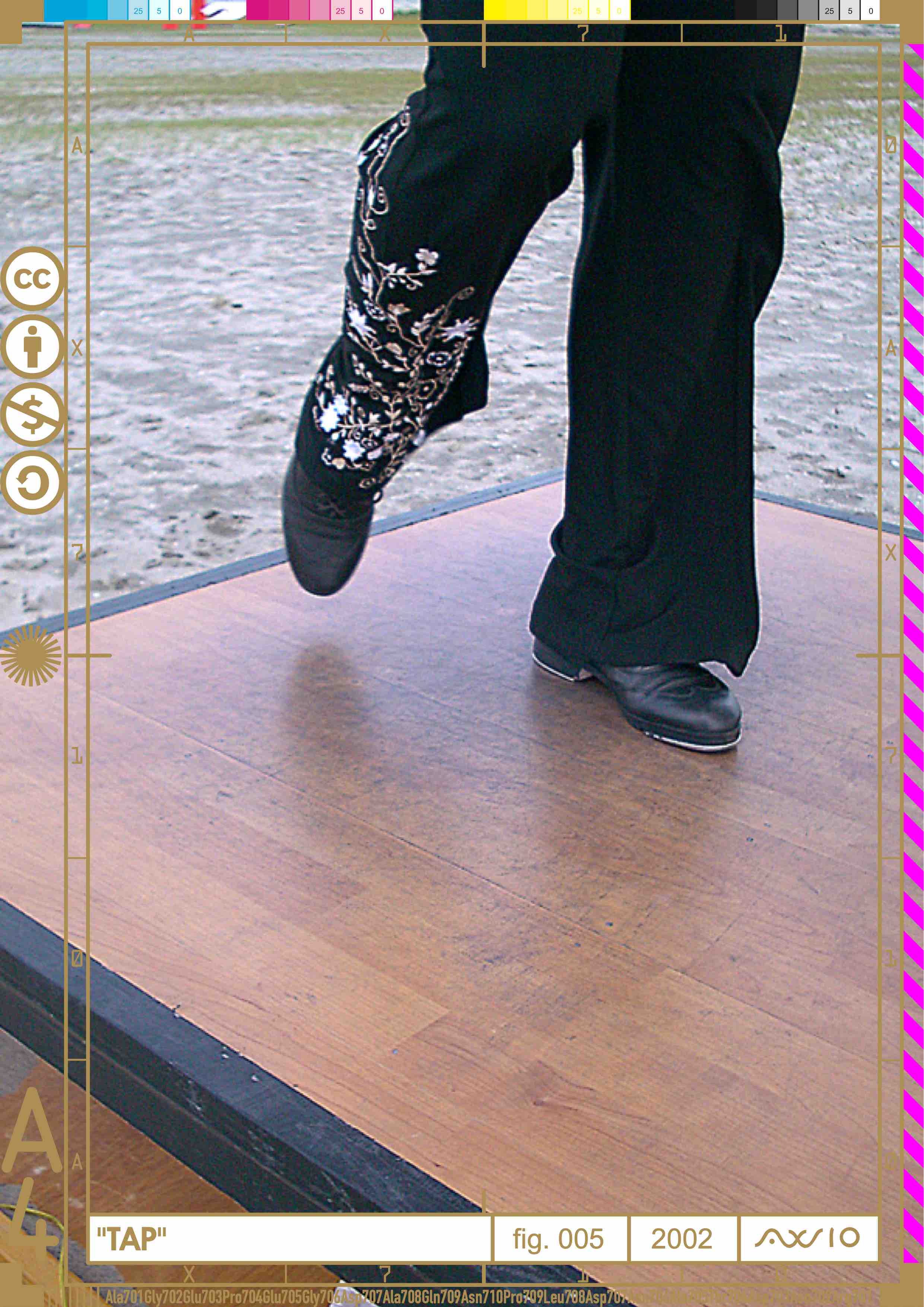 What: The temporary emptiness of IJburg, making the plain tangible. Waiting for the buildings because the island has to settle. These are the ingredients of the "LAND" exhibition.

Where: The uninhabited and unbuilt Steigereiland, IJburg Amsterdam. Why: Ax710 was asked by the organization of the exhibition "LAND" to develop a work with the ingredients of the exhibition. A first response of ax710 to this was: Hurry up with your T.: temporary A.: artificial P.: product because that will help speed up the process.
During the visits to Steigereiland, the expanse, the silence, the large sandy plain, the strong wind and, last but not least, the continuous emphasis on the settling of the island, waiting for development, were clearly present.
The image of a tap dancer helping to settle the country became increasingly clear. Every day a single tap dancer tapped her/his show on a weighted stage, which was moved daily.
On arrival, by boat, on the island you heard a soft tapping over the seawall. When climbing the seawall the tapping became louder, when you arrived on top of the seawall you saw a small stage in the distance with a tap dancer on it, the cause of the tapping.