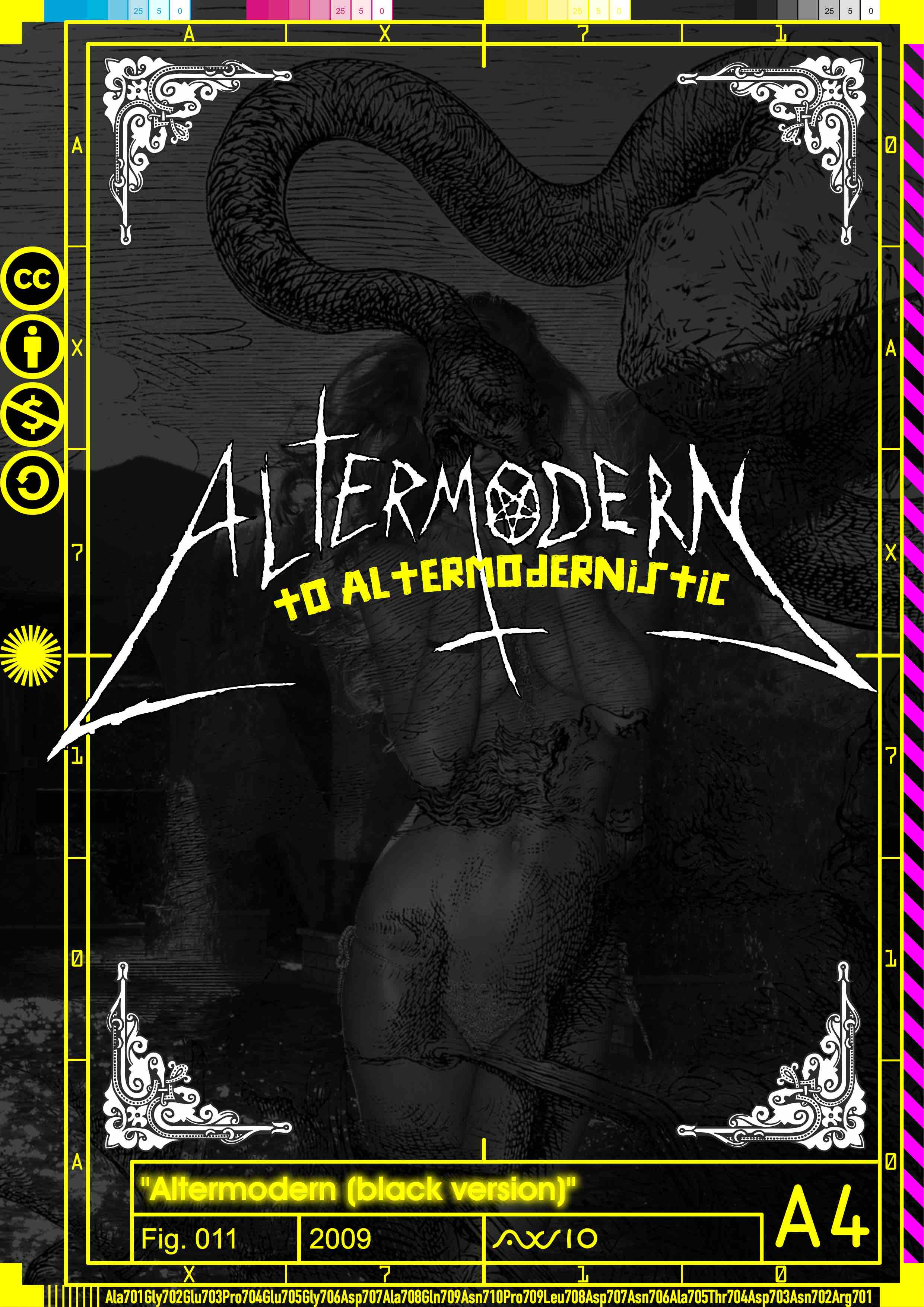 Altermodern
A portmanteau word defined by Nicolas Bourriaud, is an attempt at contextualizing art made in today's global context as a reaction against standardisation and commercialism. Altermodern can essentially be read as an artist working in a hypermodern world or with supermodern ideas or themes. It is also the title of the Tate Britain's fourth Triennial exhibition curated by Bourriaud. (Wikipedia)

Remax on Altermodernisn based on Experimental Jetset flag about Modernism.

“Thinking about the theme we set ourselves (black metal), we thought it would be logical to start with creating a backdrop, defining the overall concept. A backdrop is a flag or banner, hanging behind the band while they are performing. As such, it is the ultimate platform for band-logos. What we also liked, within the context of an art exhibition, was the fact that the format of a backdrop refers quite naturally to the idea of a painting, a canvas. In a way, a backdrop is an unstretched canvas. Since our goal was to create a sort of ‘synthesis’ between two seemingly opposite notions (death metal and modernism), we simply used the backdrop to display the word ‘Modernism’. This wasn’t meant as an ironic statement at all – to us, it was a logical conclusion, a way to invoke the darker and more subversive dimensions of modernism. The backdrop was a canvas banner of 2 x 3 meter (screenprinted by Shipmate, Vlaardingen), which we installed on one of the walls. The official title was ‘Backdrop Blasphemy’.” (Experimental Jetset)