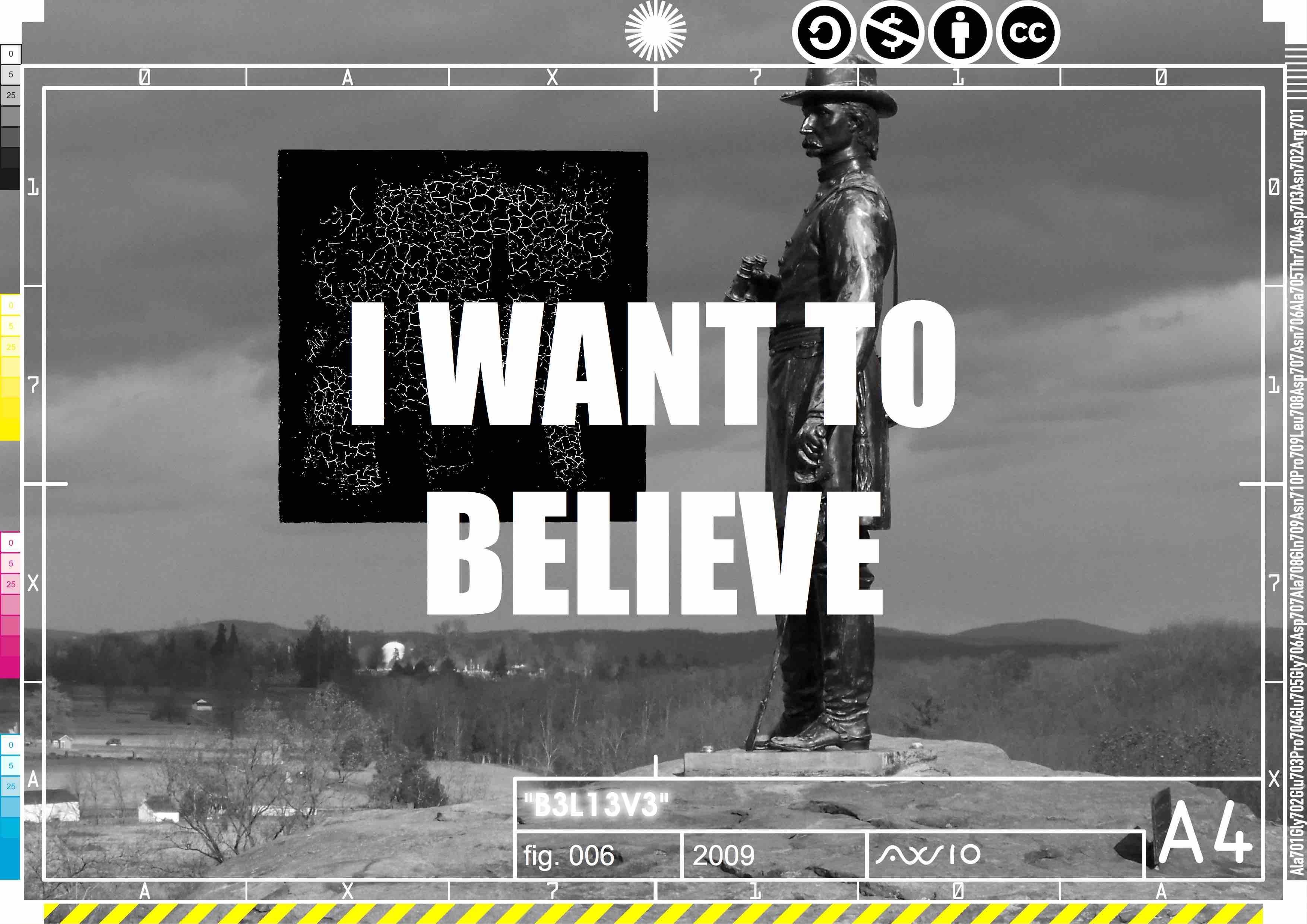 Remax on the 'I Want To Believe' slogan, the 'Black Square' painting by Kazimir Malevich and found footage of UFO sightings on Google image search. The slogan 'I Want To Believe' was originally produced for a scene prop on the production set of The X-Files, an American cult sci-fi TV series created by screenwriter Chris Carter. The series ran for nine seasons from September 1993 to May 2002. In the series, the slogan can be seen on a poster hanging in the office wall of FBI Special Agent Fox Mulder (played by David Duchovny). UFO's replaced by vector trace of Kazimir Malevich, The Black Square, 1915, oil on linen, 79.5 x 79.5 cm, Tretyakov Gallery, Moscow.