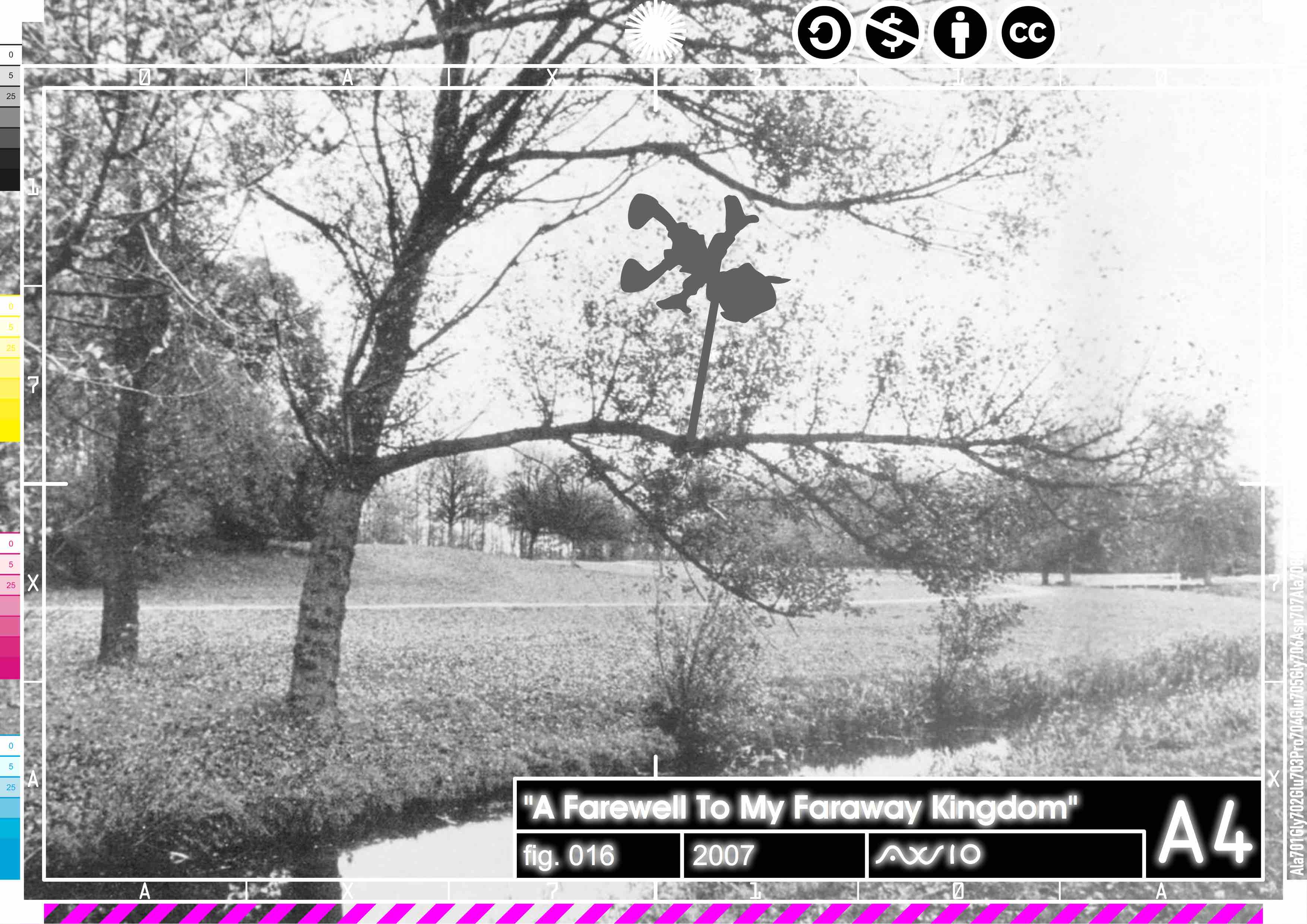 A Farewell To My Faraway Kingdom, 2007

Remax on Bas Jan Ader and Pinocchio, the name a variant of common pinolo ("pine seed"), is a fictional character and the protagonist of the children's novel The Adventures of Pinocchio (1883) by Italian writer Carlo Collodi. Carved by a woodcarver named Geppetto in a village near Florence, he was created as a wooden puppet but dreamed of becoming a real boy. He lies often. Pinocchio is a cultural icon. As one of the most reimagined characters in children's literature, his story has been adapted into other media. Source: Wikipedia.