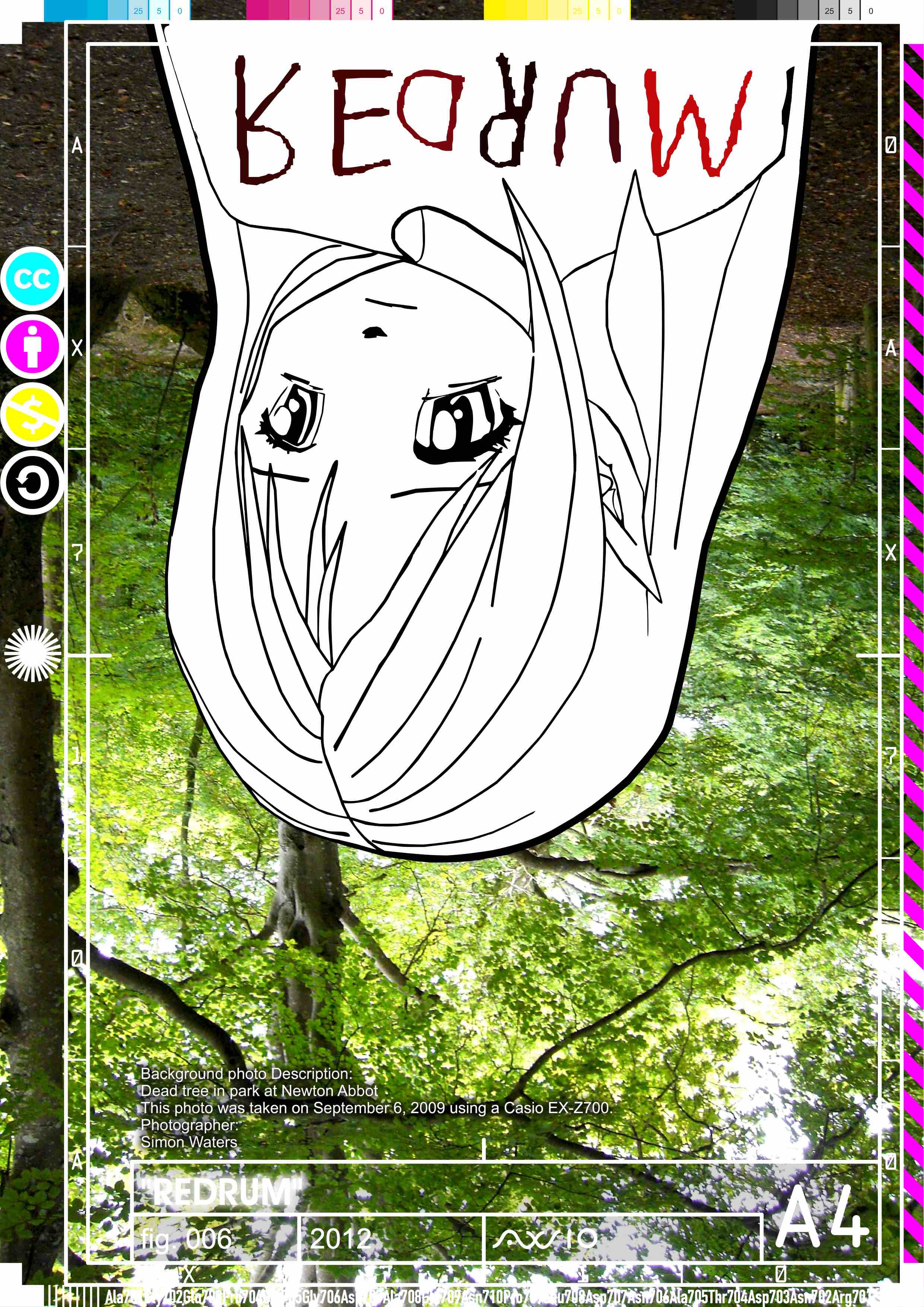 Remax on: "Following this flurry of intense artistic activity, Huyghe and Parreno pulled the plug on Annlee. She’d been through enough; no other artists, or anyone else — especially the entertainment industry via television products, video games, advertising, press, and publishing — would be allowed to exploit her image ever again for any purpose. They would give Annlee back to herself. The legal document which transfers Annlee’s copyright to a foundation that belongs solely to her is, in effect, her death warrant. Paradoxically, it also gives her her freedom since “The acquisition of ANNLEE is part of an artistic project that consists in liberating a fictional character from the realm of representation.” “Give me liberty and give me death” could be her epitaph." Remax on Redrum, murder backwards; as seen in The Shining. The Shining is a 1980 psychological horror film produced and directed by Stanley Kubrick and co-written with novelist Diane Johnson. The film is based on Stephen King's 1977 novel of the same name and stars Jack Nicholson, Shelley Duvall, Scatman Crothers, and Danny Lloyd. The boy in the Shining keeps saying "Radrum" while walking through the empty hotel.